To sleep or not to sleep? 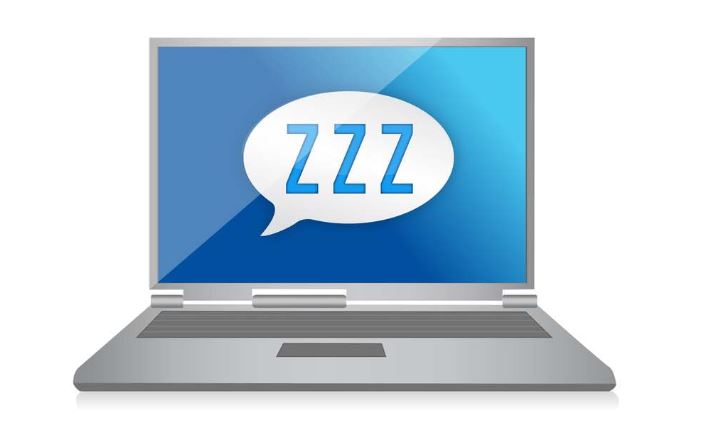 With computers being so fast nowadays, there is really not much that can be done to speed them up any more.

One thing can be done to reduce the time it takes to boot up your computer when you want to use it. There is a way to bring the machine online in just a few seconds…

Sleep is a power-saving state that allows a computer to quickly resume full-power operation (typically within several seconds) when you want to start working again. Putting your computer into the sleep state is like pausing a DVD player—the computer immediately stops what it’s doing and is ready to start again when you want to resume working. The machine remains powered up with some fans still working, but consumes much less power.

Hibernation was a power-saving state designed primarily for laptops that was available on older Windows operating systems like Windows 7 and Vista. While sleep puts your work and settings in memory and draws a small amount of power, hibernation puts your open documents and programs on your hard disk, and then turns off your computer. Of all the power-saving states in Windows, hibernation used the least amount of power. On a laptop, it was recommended that you use hibernation when you know that you won’t use your laptop for an extended period and won’t have an opportunity to charge the battery during that time.

Hybrid sleep was designed primarily for desktop computers. Hybrid sleep is a combination of sleep and hibernate—it puts any open documents and programs in memory and on your hard disk, and then puts your computer into a low-power state so that you can quickly resume your work by waking the PC with a tap of the keyboard or a click of the mouse. Waking the computer from hybrid sleep often takes as little as 8 – 10 seconds. perfect for when you just want to check FaceBook one more time before you leave the house…..In this state, the computer basically turns off (mostly with no fans or lights running at all). That way, if a power failure occurs, Windows can restore your work from your hard disk. When hybrid sleep is turned on, putting your computer into sleep automatically puts your computer into hybrid sleep. Hybrid sleep is typically turned on by default on desktop computers.

For those who have moved on from all these old operating systems however, fear not – you are now being looked after by an advanced version of the ‘Sleep’ function that is very smart and quickly restores your computer to where you left off without any fuss in just a few seconds. Windows 10 is simply doing everything possible to preserve power for you by being much smarter than the old software.

With the advent of SSD (Solid State Drives – with no moving parts) in recent years, the actual boot times of computers has plummeted to around 15 to 30 seconds from being turned completely off, so the burning question is, do you still need to worry about sleep functions with modern operating systems and components? To be honest, probably not. The machines look after themselves pretty much.

If you are yet to update your old machine and software though, the functions may just give it a bit more life yet…